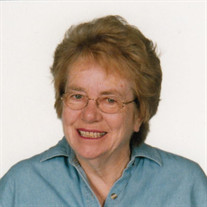 Betty Marie Whalen died peacefully in her sleep at the age of 77 on Thursday, November 23, 2017. She was born a proud Dane in Dillon on October 20, 1940, the middle daughter of Holger and Marie Carlson. Growing up on a ranch, Betty’s parents instilled in her the value of hard work and prudent money management, skills which would serve her and her family well in business and ranching partnerships with her future husband, Emmette “Tike” Whalen. As a child, Betty spent countless hours working on the ranch and riding horses. After graduating from Beaverhead County High School in 1958, Betty obtained her nursing degree from St. Patrick’s Hospital in Missoula. Betty met Tike, her partner of nearly 50 years, in her hometown of Dillon. They were married on September 9, 1961. Betty worked as a nurse until she and Tike started a family and tire business shortly after their marriage. Betty was an integral part of the family business. While Tike promoted the business and ran day-to-day operations, Betty managed the company books and cared for her young family on only $75 a month, a family budget she and Tike had agreed was necessary to grow the family business. Betty found her greatest happiness working with Tike for nearly 40 years on the Butte ranch, a ranch she and Tike purchased from Tike’s family in the early 1970s. She continued ranching after Tike’s death with her son, Tom. Betty was known for her quick, dry wit and her knack for striking up conversations with complete strangers. She often said, “Strangers are just friends you haven’t met yet.” She was a woman of many words, none of which were laced with even a hint of profanity. She had many dear and life-long friends whom she greatly cherished. While helping run the family ranch and business and raising children kept her busy, Betty found time to teach Lamaze, volunteer at 4-H and speech and debate events, and support local charities. She was an avid traveler and enjoyed taking each of her grandchildren on their own special trip. She never missed an important family event. Regardless of time, weather or location, her grandchildren could count on her to attend their graduations, weddings and other special events. After an enjoyable Thanksgiving with family, Betty joined Tike in death on what would have been Tike’s 82nd birthday. Betty is survived by her four children, which include her son, Tom Whalen of Butte, and Tom’s children Ty, Whitnee (Lanse) and Shandelle; her daughter, Terri Nash and her husband, Mike of Dickinson, and their children, Paige (Jake), Scott, Tracy and Sean; her daughter, Tracy Barton and her husband, Mike of Spokane, and their children Tanya and Tasha (Andrew); and her daughter, Tamara Murock and her husband, Scott of Spokane, and their children, Miranda and Clayton. Betty is also survived by her great-grandson, Tyson; her sister, Patty Cookson and her husband, Jack; and her aunt, Margaret French. Betty was preceded in death by her husband, her parents, and her sister, Barb Kimball. Betty’s family would like to give special thanks to Betty’s life-long friends, Delores Heser and AvaLee Thomas, and to the many other friends and family who meant so much to her, including her sister and brother-in-law, Patty and Jack, and her sister-in-law, Judy Whalen. A luncheon in Betty’s honor will be held at the Copper King Inn following services and interment. Memorials in Betty’s memory may be made to the 15-90 Search & Rescue, or the Butte Center for Performing Arts, Inc., The Mother Lode Theatre.

Betty Marie Whalen died peacefully in her sleep at the age of 77 on Thursday, November 23, 2017. She was born a proud Dane in Dillon on October 20, 1940, the middle daughter of Holger and Marie Carlson. Growing up on a ranch, Betty&#8217;s parents... View Obituary & Service Information

The family of Betty Marie Whalen created this Life Tributes page to make it easy to share your memories.

Betty Marie Whalen died peacefully in her sleep at the age of...

Send flowers to the Whalen family.