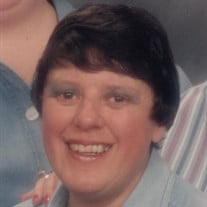 "Crazee" Carol Joyce Heim passed away Wednesday morning, at her home in Butte, surrounded by her loving family and listening to her favorite music, George Strait. Carol lived life on her own terms and had a natural heartbeat for creating a fun atmosphere wherever she went with her infectious personality. Carol was born in Butte to Siv and Sylvia Galetti and was raised in Elk Park at the family Sunkist Dairy. Carol graduated in 1963 from Butte High School and soon after that married Jack Ayers. Together they had two daughters Tina Sampleton Boman and Jeanette Kappes. Carol and Jack later divorced. Carol, then a single mother, began work at the Butte Job Service. She had worked at several area restaurants and was co-owner of the North Star Ice Cream Parlor. Carol met the love of her life and married James "Jim" Heim in Butte in 1982. Jim showed us all what true love looks like when he stayed by her side steadily for the past three years and was an outstanding caretaker. Following the death of her parents, Carol took over operation of the Mill Bar in 1986. In 1992, she followed her true passion and transformed part of the Bar into Crazee Carol's Casino, which was one of only eight casinos in Butte at that time. It was not long after her opening that the word "segrevious" was born to the people of Butte and Crazee’s made its mark in the gaming industry. In 1997 Carol and Jim opened a second casino, "Another Crazee Carol's" on Busch Street. This casino was not for sale, but they recieved an offer they could not refuse so they sold it in 2003. Carol belonged to the Montana Tavern Owners Association and the Silver Bow Tavern Owners Association from which she receive the Business Woman of the Year award in 2014. Carol took care of the community of Butte and for over 25 years she has given countless donations to many causes. In addition, she was known for her overwhelming generosity for her crew and customers throughout the years. Carol attributed her success to helping people and being an advocate for people, having a voice even when it was unpopular to do so. Carol enjoyed life and took many trips to Las Vegas. She loved spending time with her grandchildren and creating moments of pure joy and happiness. Carol is survived by her husband Jim; Daughter and son-in-law; Jeanette and Jack Kappes and their sons Jackson and Jonathan of Butte. Son-in-law, Michael Boman of Helena and his children Kaylyn and Jordan Sampleton of Albany New York. Other grandchildren, Brendon Heim and Amanda Boggs of Butte. Sister, Sharon Holling of Post Falls, Idaho. Brother and sister-in-law, Gary and Cathy Galetti of Butte. Nieces and Nephews, Julie and Jennifer Mitchum, Kim Schelini, Shawn Galetti, Brandon Mitchum, Abigail Carlson. Taryn and Payton Schelin, Kali and Quinn Galetti. Other survivors include her lifelong friend, Jackie Oren and her partner in crime, Shirley Burby. Carol was preceded in death by her parents, Siv and Sylvia Galetti, her daughter, Tina Sampleton Boman, son-in-law, Paul Rivers, step-daughter, Aimee Heim and brother-in-law, Darryl Holling. Both her past and present team members at Crazee Carol’s Casino also survive Carol. There are too many to mention from the last 24 years. She loved her crew and really took good care of them. We would like to express our sincere appreciation and gratitude to Ramona Juarez and Butte Highlands Hospice. Carol and family received impeccable care and compassion from the entire Hospice Staff. In lieu of flowers, memorials may be made to the Butte Highlands Hospice Easter Seals. “Now I found a game that I can’t play, and this is where the cowgirl rides away!”

"Crazee" Carol Joyce Heim passed away Wednesday morning, at her home in Butte, surrounded by her loving family and listening to her favorite music, George Strait. Carol lived life on her own terms and had a natural heartbeat for creating a... View Obituary & Service Information

The family of Carol Joyce Heim created this Life Tributes page to make it easy to share your memories.

&quot;Crazee&quot; Carol Joyce Heim passed away Wednesday morning, at her...

Send flowers to the Heim family.