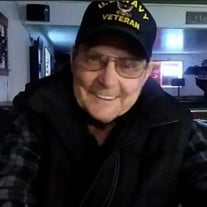 David “Sully” Sheehan passed away Friday, April 8, 2022. He was born in Butte, Montana on Monday, September 10, 1950 to Carole and Earl Sheehan. He was raised by his mother and stepfather Donald Sullivan and carried the Sullivan name until later in life. He attended local schools and enlisted in the Navy following graduation from Butte High School. He earned the rank of Corpsman and was a proud veteran of the Vietnam War. Introduced by their mutual friend Arvella, Dave married his sweetheart Terry Lou on September 9, 1972, at the Immaculate Conception Church in Butte. From this union came four “yard apes” Rochelle, David, Brad, and Shanelle. He worked as a paramedic at the Anaconda Company until it’s closing and after attending school for architecture, retired from a 20+ year career at the United States Post Office. He was also honored to hold positions of President and Shop Steward of the American Postal Workers Union, Local 82. He enjoyed bowling and card nights, coaching and playing on softball leagues and most recently organized and shot in pool leagues until he was no longer able to get out as much. Sully was a regular at Fran’s, the Pair a Dice, Jim’s, and was proud to be a lifetime member of the East Side Athletic Club. He never met a stranger and was always doing whatever he could to help someone in need, regardless of if he had the means at the time or not. He genuinely had a heart of gold. He also loved and looked forward to spending time with his kids and grandkids on camping trips. Dave was preceded in death by his son David, his parents, in laws Betty, Chuck, Ted, and Thelma, sister Arlene, brother Dennis, favorite uncles Jack, Bert and Earl, brothers in law Dolan, Bobby, and Matt, sister in law Jamie, and numerous other family members and friends. He is survived by his wife of 49 years: Terry, daughter and son in law: Rochelle and Bob Boone (Caitlyn, Jack, Kodi, and Avery), son and daughter in law: Brad and Lisa Sheehan, and daughter and son in law: Shanelle and George Skeel (Madison, Hailey, and Cole). Also surviving are brothers Danny and Donny Joe Sullivan and their families, sister in law Debbie Leal and family, and brother in law Don Templin and family. As well as sisters in law: Donna, Linda, Carol, Dawn, Joan, Corrine and their families. Special thanks to the staff at St. James for their compassion and care, especially Jody, Isaac, Brieanna, Taylen, and Kat. Fly high Dad, we love you more. Services will be Thursday, April 14th at 1pm at Wayrynen Richards funeral home, interment with military honors will follow in Mountain View Cemetery. A reception will then be held at the East Side Athletic Club.

David &#8220;Sully&#8221; Sheehan passed away Friday, April 8, 2022. He was born in Butte, Montana on Monday, September 10, 1950 to Carole and Earl Sheehan. He was raised by his mother and stepfather Donald Sullivan and carried the Sullivan... View Obituary & Service Information

The family of David "Sully" Sheehan created this Life Tributes page to make it easy to share your memories.

Send flowers to the Sheehan family.