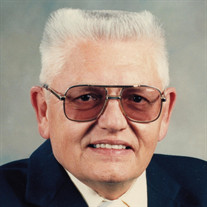 Mr. Dennis E. Huntington passed away early Thursday morning at his home in Butte. He was born in Clear Lake Highlands, California May 26, 1937 to Charlie and Ellen (Martin) Huntington. He attended schools in Clear Lake Highlands, the University of Alaska and graduated from Humboldt State University with a degree in biology. Dennis served his country in the United States Navy for eleven years as well as service as a soldier of fortune. He worked many years in the armored security industry and later as a lumber yard manager. He also worked as a foreman at the Homestake Mine. Dennis married the love of his life, Raedine Bailey, on March 21, 1979 and they settled in Butte in 1992. She passed away December 15, 2003. Dennis was a member of Clear Lake Lodge # 183 A. F. & A.M., was Past Master of Monitor Lodge # 35, A. F. & A.M., belonged Butte Lodge # 22, A.F. & A.M., the Butte Scottish Rite Bodies, was a life member of Clear Lake Highlands V.F.W. # 2337, was a benefactor and life member of the National Rifle Association, belonged to the National Audubon Society, belonged to the Golden Eagles, was a lifelong Civil War history buff and was an avid book reader. Dennis was man of honor and integrity, always doing the right thing and a man who dearly loved his family. He is survived by his children and their spouses: Molina and Randal Feaster of Boise, Idaho, Lance and Susan Huntington of Appleton, Wisconsin, Richard Reilly and Chris Geovanis of Chicago, Illinois, Kevin and Toni Walton of Denver, Colorado and Cheryl and David Thomas of Lebec, California. Also surviving are his grandchildren, Matt Walton, Leah Feaster, Ivar Thomas and Sara Thomas and his extended family, Bill and Saundra Marquardt and their children Will and Olivia. Memorials may be made to the Shrine Hospital for Children.

The family of Dennis E. Huntington created this Life Tributes page to make it easy to share your memories.

Send flowers to the Huntington family.