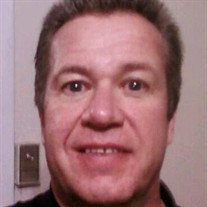 Donald Allan Snow passed away Sunday, January 6, 2019 at his home in Great Falls. He was born Tuesday, December 22, 1959 in Anaconda, Montana to Henry LeRoy and Dorothy Jean (Henderson) Snow. Don graduated from Anaconda High School in 1978 where he participated in football, basketball, baseball, track, bowling and golf. He loved the outdoors including fishing and hunting. Don married Lori Isaacson in 1980. From this union he was bless with two daughters, Nichole and Kayla. They later divorced. Don then married Cheryl Leggitt in 1987 and from this union was blessed with Blair, Cydnie, Donald Jr. and Derick. They divorced in 2008. Don is preceded in death by his parents, brothers, Eddy and Kenneth and grandparents, Henry and Myrtle Show and Archie and Dorothy Henderson. Don is survived by his children, Nichole Snow, Kayla and Bearick Sparks, Blair Snow and Rohona Billy, Cydnie Snow, Donny Snow Jr. and Derick and Jessica Snow. Grandchildren include: Vivienne Andersen, Adien Cuchine, Teghan Kohler and Axston Sparks, Rhyson and Rhyker Billy, Matias Snow, Wieler Chapman, Silas Snow and Natalie Snow. Other survivors include his sister, Patty and Keith Reeder, brother, Jim and Darlene Snow, sister, Karen and Ron Marris, sister, Carol and Jack Wise and brother, Paul and Gina Snow and brother, Ron and Judy Surina. He is also survived by numerous nieces, nephews, aunts, uncles and cousins. A special thanks goes to his Great Falls Wal-Mart family with all your love and support. We are so very grateful for you. “That man is a success- who leaves the world better than he found it; who has never lacked appreciation of Earth’s beauty or failed to express it; who looked for the best in others and gave the best he had.”

The family of Donald Allan Snow created this Life Tributes page to make it easy to share your memories.

Send flowers to the Snow family.