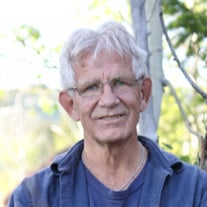 Gary W. Mannix, 72, passed away on June 15, 2019 at the home he built north of Walkerville. He was born Nov. 29, 1946 to Jesse P. and Florence (Dahlin) Mannix who moved to Butte in 1953. He joined the naval reserve before graduating from BHS in 1965. He was accepted into the ROTC program while attending college and was commissioned as an Ensign in 1969 after graduating with a BS in Mechanical Engineering from Montana Tech. He then went on active duty stationed on the USS Albert David DE-1050 in WestPac. He stayed in the Reserve and transferred to the construction battalion while completing his MS in Engineering at MT Tech in 1974. He resigned his commission as a full lieutenant in 1974 after starting his career as an engineer at the Butte Water Company. Although he had risen to President and General Manager of the Butte Water Company when he left in 1985, his favorite work experience was as an engineer replacing the wooden water main pipeline from the pump station on the Big Hole to Williamsburg in Butte. He returned to MT Tech for a degree in computer science which was the beginning of his new career there. In 1989 he began teaching Computer Science and continued until 2007 when he became the Dept Head of Health Care Informatics from which he retired in 2012. Gary was married to Mary Lou Sayatovic from 1968-99. Together they had two children, Sheila (1968) and Paul (1971). In 2004 he married Kimberly Brown and gained four stepsons, Colin, Corey, Bret and Tyler Pullman. Gary was always active, he could never sit idle. In his younger years he was a heavyweight lifter, a rock climber and spelunker. He was a natural athlete and played softball and competitive racketball. He liked camping, kayaking, mountain biking and skiing with his family at Lost Trail. He remodeled his first home and became an excellent construction carpenter, plumber and electrician. He fulfilled his dream of building a home in 2010, doing all the work himself except for the outer shell. He continued to add a porch, decks, rock retaining walls, outside staircases, and raised beds for gardening. He included a workshop in the basement where he did many finish carpentry projects and set up his lathes for his beautiful and delicate woodturnings. After retirement he rediscovered his love for metal detecting and rockhounding and expanded his workshop to include lapidary equipment. Stopping at Koops rock shop one day, he discovered a whole new wonderful group of friends who shared his interests and led him to join the Butte Mineral and Gem Club where he loved to help out in the running of the club shop. Gary is survived by his wife Kim, his daughter Sheila (Dave) Campau and son Paul (Elena) Mannix, along with Kim’s sons Colin, Corey (Casandra), Bret (Liz), and Tyler (Jess), and grandkids Marke, Natalie, Jacob, Joshua, Glen, Ashley, Jasmine, Marco, Ryelund, Rhys, Maddox, Jacob, Evan and Mason. He is also survived by his sister Sandy Jandik, and her children Karen and Eric (Charlene) Jandik.

Gary W. Mannix, 72, passed away on June 15, 2019 at the home he built north of Walkerville. He was born Nov. 29, 1946 to Jesse P. and Florence (Dahlin) Mannix who moved to Butte in 1953. He joined the naval reserve before graduating from BHS... View Obituary & Service Information

The family of Gary Wayne Mannix created this Life Tributes page to make it easy to share your memories.

Send flowers to the Mannix family.