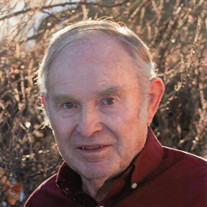 Jack Glen Skinner, a longtime resident of Butte, Montana, died on December 6, 2021 after an extended illness. He was born in San Angelo, Texas on September 4, 1941, and grew up in the small west Texas town of Christoval. He graduated with the Christoval High School class of 59’ and went on the earn a Bachelor of Arts in Bible, with a minor in Psychology from Hardin Simmons University in 1963. He then served in the US Army from 1964 to 1966, spending one year stationed in Korea. After being discharged, he worked for Sinclair Oil and Gas Company in Texas for 3½ years, before going back to college, where he completed the requirements for elementary teaching credentials, with a minor in English from Angelo State University in 1970. He met his future wife Linda in the Spring of 1968 while on vacation in Yellowstone National Park, and moved to Butte in the Spring of 1970 to be closer to her. They were married on October 10th of that year. Jack worked as an elementary school teacher in Butte for 23 years before accepting a position as an elementary school counselor, a position he held for 14 years before retiring. Jack had a lifelong devotion to Christ, often serving as a guest preacher at his church as well as traveling to preach at other Southern Baptist churches around Montana. He was always willing to get up early on Sunday to make sure the building was warm before others arrived. Throughout his life, Jack was extremely talented at all things mechanical, building and fixing everything for his family and church. He served as mechanic, carpenter, plumber, welder, electrician and general fix-it-man for those in his life, always figuring out a way to get the job done correctly. He also spent much of his time outside, planting trees around his property as well as maintaining a large vegetable garden for his family. He will always be remembered fondly by his family, spending his summers in his work clothes with grease on his hand or dragging hoses to water the trees and garden. Jack is survived by his wife of 51 years, Linda, his two sons and their families, Jack, Whitney, Jack, Raymond, Keith, Glen, Lisa, his sisters, Wanda and Barbara as well as other relatives in Texas. The family requests that any memorial gifts be directed to the Dr. Raymond J. Murray Memorial Scholarship Fund c/o the Montana Technological University Foundation or the Butte Emergency Food Bank. Burial has taken place. Private memorial services will be conducted.

Jack Glen Skinner, a longtime resident of Butte, Montana, died on December 6, 2021 after an extended illness. He was born in San Angelo, Texas on September 4, 1941, and grew up in the small west Texas town of Christoval. He graduated with the... View Obituary & Service Information

The family of Jack Glen Skinner created this Life Tributes page to make it easy to share your memories.

Send flowers to the Skinner family.