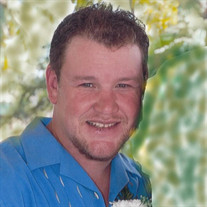 On Friday April 23, 2021, Jason LeProwse, loving husband and father of four, passed away at the age of 47 in Butte Montana. Jason was born on December 11, 1973 in Butte Montana to Walt and Susan (Kelsey) LeProwse. He was the youngest of 3 children. Jason attended grade school in Butte MT and graduated from Blackfoot High School in 1992 where he exceled in wrestling and football. Jason married Shanda Hill in 1995. They were later divorced and Jason was married to Cim McQueary on October 24, 2008. Jason was the proud father of three daughters, Brooke, Taylinn and Kelsey, one son, Quade, and two stepsons, Jimmy and Tommy. Jason started learning the construction industry at a young age working with his grandfather and the family business, LeProwse Plastering. He went on to start his own business, LeProwse Construction, with his brother Paul, which has been in business since 1995. He had a love for the outdoors and especially enjoyed boating and camping with his family. Supercross was one of his many passions and he rarely missed a football game on TV. Jason was a gentle soul with a kind generous heart. He was always willing to help those in need and lend a helping hand. His smile and contagious laugh will forever be missed. Jason was preceded in death by his mother, Susan LeProwse, nephew Bo Taylor, grandparents Bill & Lois LeProwse and Forrest & Jean Hunter. He is survived by his wife, Cim LeProwse, children, Brooke, Taylinn, Kelsey & Quade, stepsons Jimmy and Tommy, Father Walt LeProwse, sister April Collins, brothers Paul LeProwse & Jared LeProwse. Funeral services have been made for Wednesday May 5th at 11:00 am at the Wayrynen Funeral Home with reception to follow at the Copper King in Butte MT. Jason’s ashes will be laid to rest surrounded by family at a later date. A GoFundMe has been created to help Jason’s family during this difficult time. GoFundMe link: https://gofund.me/a9415161.

On Friday April 23, 2021, Jason LeProwse, loving husband and father of four, passed away at the age of 47 in Butte Montana. Jason was born on December 11, 1973 in Butte Montana to Walt and Susan (Kelsey) LeProwse. He was the youngest of 3... View Obituary & Service Information

The family of Jason Benjamin LeProwse created this Life Tributes page to make it easy to share your memories.

Send flowers to the LeProwse family.