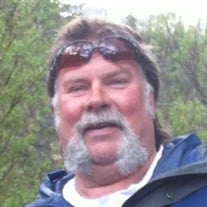 Jeffrey S. DuBose, 60, passed away on September 21, 2021 at his home. He was born august 1st 1961 in Orange County CA, the son of George and Faye (Goodman) DuBose. Jeff’s early education began in Garden Grove, CA. He graduated high school in Victorville, CA where he met and married Rebecca Shoemaker. Out of that union created two wonderful children, Adam DuBose and Morgan DuBose Bright. In 1989, Jeff began a new life with Lori Bennett and Lori’s son, Ryan Rees. They added a beautiful daughter Janaye DuBose into the family. In 1992, the family moved to Dillon, and purchased the MINI c-store, gas station and car wash. There is where Jeff found his niche in life: gift of gab. He thoroughly loved meeting new people, talking to people he already knew or didn’t know at all, offering his opinion on whatever was the topic, ability to lend a helping hand or just a listening ear. Jeff, had an amazing gift of being able to deeply and sincerely love people. Jeff enjoyed attending car shows, camping, and riding atv’s to just name a few but the most important part was to doing these things with the people he loved. His children and grandchildren were his pride and joy. He enjoyed every moment with all of them. The hugs and laughs will never be forgotten. They all know how much their papa loves them. Jeff is survived by his wife Lori, his children Adam (Dee) grandson Tanner, Morgan (Gary) Bright grandsons Keegan and Austin, Ryan (Christina) and grandchildren Brylee, Alaina and Ethan, Janaye and grandchildren Spencer and Kaylynn. his mother Faye DuBose and mother-in-law Ann Bennett. leaving behind his loving brothers, Dan (Jean), Bob (Landa), Mark (Cheryl) and many nieces and nephews. Jeff is preceded in death by his father George DuBose, father-in-law Bill Bennett, and brother-in-law (best friend) Rob Bennett. Memorial services will be held at Barrett’s park at 11:00 Monday September 27th. The family would love for everyone to join the celebration of Jeff’s life.

The family of Jeffrey Scott DuBose created this Life Tributes page to make it easy to share your memories.

Send flowers to the DuBose family.