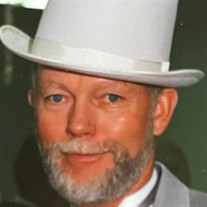 John Carl Cashell passed away Thursday, April 29, 2021. He was born in, “by God”, Butte Montana the 6th of August, 1936 to “John” Chub and Ruby Cashell. John was an altar boy at the IC church, worked at McCarthy’s Surplus Store and ran a paper route on the upper west side by his house on Hornet street. John grew up in Butte with his best friend and little sister Jeanine. John raced soap box derby cars and collected Butte memorabilia. John attended Butte Central High School and graduated in 1954. John always wanted to be an engineer so he enrolled in Montana School of Mines and then transferred to Montana State University where he graduated as a civil engineer and a registered professional engineer and land surveyor. He wore his MSU class ring his entire life. He started work for the Montana department of highways and worked there until 1972. He met the love of his life Marie Hepler and they were married in 1963. They were married for 58 perfect years. They had two wonderful children Jennifer and John Jr. John worked for Anaconda Copper Company and Konda Construction until he opened a branch of Alpha Engineers in 1975. He later purchased the branch and opened his own business Cashell Engineers. John served as Coordinator for the 15-90 Search and Rescue for many years, assisted with the Lady of the Rockies Project, and most recently volunteered as a golf cart driver shuttling visitors around the Folk Festival and telling them all about Butte. John spent many weekends with his family camping, fishing or gathering fire wood. John spent every Fall out in the mountains up the quartz hill road chasing the ever-elusive rocky mountain elk, nearly every year dragging an elk down out of the mountains. John always drove Dodge trucks and usually had a white German Shepard or two following him around. John and Marie traveled extensively when they retired spending the harsh Montana winters in sunny Arizona. Some of his favorite trips included their visit to Cashel Rock in Ireland and watching the Fighting Irish football games at Notre Dame. John is survived by his loving wife Marie, children Jennifer Cashell, John and Cathy Cashell, sister Jeanine, grandchildren, Kessa, Jessi and Johnny, and great grandchildren Lexis and Christallin, nieces Christina and Elizabeth, nephews, Bill and Michael. In lieu of flowers, please consider a donation to Butte Central. John Cashell grew up “Butte Tough” and took a great deal of pride in and loved his family and community. Funeral Mass will be celebrated Friday May 7th at 11:00 at the Holy Spirit Parish. Express condolences at www.wayrynen-richards.com.

The family of John Carl Cashell created this Life Tributes page to make it easy to share your memories.

Send flowers to the Cashell family.