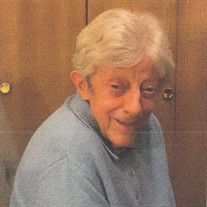 Judith M. “Judy” Biers Evans passed away Sunday June 21st after struggling for years with seizure disorder. Judy was born November 3rd, 1945 in Butte MT. She graduated from Butte High School and went straight to work at the Telephone Company. Judy started as an operator and continued to work for the phone company until they closed the Butte office in the late 70s. Judy made friends easily and maintained those Telephone Company friends throughout her life. They still meet for lunch once a month. While working at the at the Telephone Company Judy met and married Robert “Bob” T. Evans. They were happily married until his death in 2008. They enjoyed traveling, taking trips to Ireland, Italy and even traveled the US in their motorhome for a few years. After the Telephone Company Judy went to work for Mountain West Federal Credit Union, then as a volunteer in the Records Department of Saint James Hospital. Throughout Judy’s life she has maintained a very close circle of friends. She was loyal and honest, even if you didn’t really want to hear the truth. Judy was a regular fixture at the Hennessy Market the entire time it was open as she was one of the first residents of the Sears Loft apartments. She came down every morning to have her coffee, pick up her paper and visit with the regulars and employees. The Market people were her second family. She was fond of saying that she was unAmerican as she did not and would not own a television. She much preferred her crossword puzzles and her ‘Judy Time’. Judy was preceded in death by her husband, Bob Evans, parents: John “Jack” and Rita McMillan- Biers. As well as her siblings: Mercedes Biers James, Diane Haft, Johnny (Linda)Biers, Cathy McDonald, her nephew “little” Johnny Biers, and her step-son Robert T “Robin” Evans II. Judy is survived by her niece and very dear friends Lori and Frank Rozan; her lifelong friends: Dee Fisher and Jan Fitzpatrick. By her nieces and nephews and their families. Toni James Messer, Shane Haft, Marni Schelin, Kim Biers, and Chris McDonald. She is also survived by her step daughters, Monica (John Cavanaugh) Evans and her sons Cody Cavanaugh and Jared Driscoll; Colleen (Butch) Pomroy; and her sons Hatem Chahine, Cory Fletcher, and Mick Pomroy; Marlene Davis, and her children Griffin Davis and Gwenna Davis Meyer; Cather Cox and her children: Caiti Ebby, Hank, Mac, and Abby Cox. She is also survived by her “Wicked” stepdaughter Patrice “Pete” Evans and her son Eric White (Danielle Nye). Memorials may be made to Highlands Hospice as Judy was eternally grateful for their assistance during the death of her husband. Per Judy’s wishes she has been cremated. There will be a reception in Judy’s honor at the Butte Depot Rail at 818 S. Arizona St. in Butte on Friday June 26th at 4:00 PM.

The family of Judith M. "Judy" Evans created this Life Tributes page to make it easy to share your memories.

Send flowers to the Evans family.