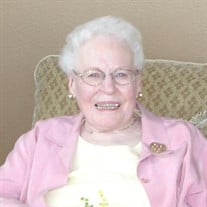 On the afternoon of November 17, 2020 Margret Harrington Corbett quietly passed away. With her passing Butte lost another gem. Marg was a lifetime Butte born and raised girl and her memories of Butte, its people and its history were unmatched, sometimes even by the records of the Archives. Marg was born March 4, 1927 and was raised and schooled in Butte. Her family home, where she lived with her parents James Edward Harrington and Gertrude Gorch, was in the East Side where she was initially a member of Sacred Heart Parish. After attending Sacred Heart Grade School, she graduated from Butte High School in 19¬¬44 and immediately went on to Butte Business College. From there Marg went right to work. Marg had a fascinating work history that ranged from the desk of the old Chevrolet dealership to Tobin Adjustment to working with Dr. John “Jack” Lohman in his dental office. She also worked on Dr. Lohman’s behalf with the Montana and American Dental Associations. Sometime in the early fifties a handsome Army veteran called on the Chevy dealer and an instant bond that turned into a lifelong partnership and marriage was born. A 1953 New Year’s Eve meeting in an elevator led to a date and then marriage four months later. Marg wed William “Bill” Corbett on May 15, 1954 and moved with him to their home on Galena. Marg and Bill enjoyed 34 years together until his death February 4, 1988. Marg was active in various parishes not only as a parishioner but also as a counter for the Sunday collections where she established many friendships. She was also active in various organizations over the years. She helped at the Immaculate Conception and St. Patrick parishes up until she suffered a stroke. After her hospitalization Marg lived at Copper Ridge Health and Rehab and was kindly cared for by the doctors and staff at the facility. Marg was a big presence in her extended family. Her sister in law, Mary Rita Corbett married Dr. Daniel Molloy and they shared their family of eight on many visits to Butte for the Fourth of July Parades and to watch the Big Butte fireworks from Marg and Bill’s Galena home. Marg and Bill traveled many places together and after Bill’s death she formed a lifelong friendship with Mary Claire Davis and the duo made several odysseys from coast to coast together. Marg was an inveterate but talkative bowler and she was quick to report on the people and bowlers in the league. She lovingly gifted all her family members with handmade afghans, baby sweaters and dishcloths. Late in life Marg was blessed to have one of her great nieces move to Butte and Molly Molloy became a weekend Perkins breakfast companion and chauffer for Walmart shopping trips. For years Tracy Fickler was a dear companion and friend who was always there for Marg. The last years of her life Marg was fortunate to have the care and friendship of Peggy O’Boyle who became a friend and confidant for her. Marg is predeceased by her parents, her husband Bill, Sister in law and brother in law Mary Rita and Dan Molloy, brother in law Robert Corbett and his wife Dorothy, nephews Robert “OXO” Corbett and Dave Corbett. She is survived by her nephews and nieces Dan and Rhonda Molloy, Don and Judy Molloy, Jack and Kim Molloy, Pat Molloy, Jim and Casey Molloy, Kathy and Kurt Jackson, Maribeth and Scott Johnson and Laurie Matteson. Marg is also survived by 29 great nieces and nephews and 11 great great nieces and nephews. A private service for family members will be held with a celebration of life to take place when Covid 19 which she suffered from at her death, God willing is eradicated. Thank you to Jeannie Mehrens and Dr. Chamberlain and a special thanks to Dr. Shawna Yates who provided wonderful care to Marg in the last period of her life and who was always gracious and patient with Marg’s family. Although life’s inevitable end has silenced our family’s storyteller, her stories and her love will be forever in our hearts.

On the afternoon of November 17, 2020 Margret Harrington Corbett quietly passed away. With her passing Butte lost another gem. Marg was a lifetime Butte born and raised girl and her memories of Butte, its people and its history were unmatched,... View Obituary & Service Information

The family of Margaret Harrington Corbett created this Life Tributes page to make it easy to share your memories.

On the afternoon of November 17, 2020 Margret Harrington Corbett...

Send flowers to the Corbett family.