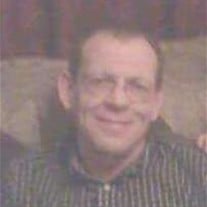 Mr. Michael David Boston passed away Monday morning, March 13, 2017, at his home following a lengthy illness. He was born in Butte September 10, 1953 to William and Shirley (Briney) Boston. Mike was raised in Butte and Reno, Nevada. He attended Sparks High School, graduated from Butte High School and earned four Bachelor's degrees from both the University of Nevada- Reno and Montana Tech and paid his own way through college working at Village Inn Pizza in Butte and as a bellman at the MGM Grand in Reno. Mike was active in wrestling and softball. He was a published writer in USA Today and the Dallas Times with his articles on addictive behavior. Mike worked as an addiction counselor and was Clinical Supervisor at the Watch Program. His work over the past 30 plus years in the field of addiction was his passion. As a result he impacted many lives of those afflicted by the disease. He was also an avid Oakland Raiders fan, a true New York Yankee devotee and loved gardening and working in his yard and getting the highest score in golf. He loved taking road trips and devoted himself to his grandchildren. He always credited much of his success to his grandmother, Lucille Boston who raised him. Mike is preceded in death by his parents, his brother, John Boston and his aunt, Barbara Briney. He is survived by his wife, Lisa Boston of Butte, his son, Jesse Penman of Loveland, TX, daughter and son-in-law, Mandi and Doug Shaff , daughter, Ashley Boston and her fiancée John McLean all of Butte. Also surviving are his grandchildren: Jesse Penman Jr. , Makenzie Stokes, Monea Boston, Blake Shaff and Jordon Escobar, his brothers and sisters-in-law, Richard and Candace Boston, Robert and Patti Boston and William James and Karen Boston, his mother-in-law, Jeenie Kidder, brother-in-law and sister-in-law, Jack and Chikako Whitley, his uncle, Bob Briney and numerous nieces and nephews. Memorials in memory of Mike may be made to the Butte Rescue Mission.

Mr. Michael David Boston passed away Monday morning, March 13, 2017, at his home following a lengthy illness. He was born in Butte September 10, 1953 to William and Shirley (Briney) Boston. Mike was raised in Butte and Reno, Nevada. He attended... View Obituary & Service Information

The family of Michael David Boston created this Life Tributes page to make it easy to share your memories.

Send flowers to the Boston family.