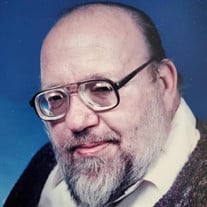 Our brilliantly wonderful father/grandfather, Paul Roger Miller joined his wife Paulette Miller in heaven on March 15, 2022, just five days short of his 80th birthday. Paul and his twin brother Stanley were born on March 20, 1942 in Butte, MT, to William Arvid Miller and Ruby Gertrude Speek. Our dad had many accomplishments through his life. In High School he won the Montana State Science Fair with his science project on radiation and later competed in the National Science Fair in Indianapolis. He was a member of the 1960 Championship Butte High Football team which was inducted into the Butte Hall of Fame. He was also very proud to be a Silver B. After High School he attended Montana Tech for a few years and then completed his bachelor’s degree at Western in education but not before marrying his Polly the day after Christmas in 1966. Both would graduate and head off to St Regis to teach their very first year in education. Before returning to Butte in 1970 he would attend The University of Wyoming to secure a master’s degree in Physics. Dad dedicated the remainder of his career to the children of Butte. He taught math and science and coached football and wrestling. However, his most notable accomplishment during his tenure as a teacher was the Frontiers of Science Program. Through hard work, tenacity and the incredible support from our mother, they were able to turn a small grade school science fair into a massive event that is today sponsored by Montana Tech and catered to students throughout Montana. Upon his retirement he was very proud to be able to confidently walk away knowing it was in excellent hands. Our father was a kind gentle person who had a funny sense of humor. He had a great love for the outdoors and spent many summers in the 70’s supervising the forest service youth Corp. He was an accomplished painter who loved to paint nature and wild animals with oils and acrylics. He also enjoyed collecting coins but not as much as he enjoyed giving them to family and friends. He was a great sport fan who could be seen cheering on any of us, whether it was a sporting event or a performance. We already miss him terribly but we know that he at peace with Our Lord. Paul is survived by his children: Carla Zugel (George), Wayne Miller, Chris Miller (Cindy), Stepmother: Linda Johnson, Siblings: Lillian Williamson, Marvin Miller (Karen), John (Vicki), Marilyn Duperre (Joe), Jennifer Taylor (Tim),Christine Sorenson (Robert), Lempi Miller, James Miller (Ana), Benjamin Miller, David Miller (Cris), Grandchildren: Michael Zugel (Angela), Rebecca Burke, Matthew Allen, Ashley and Bobby Bourne, Great Grandchildren: Cierra and Kaitlin Zugel, Lovell Broshears, Jared, Jeorgie Paulette and Jackie Paul Burke, Jaylee, Charlie, Kinley and Beverly Bourne as well as many beloved nieces, nephews, friends and colleagues. He was preceded in death by both his parents; wife Paulette June Miller; brother Phillip Miller; brother Stanley Miller, brother William Miller and grandson Wyatt Paul Zugel Cremation has taken place. His family will receive friends Tuesday morning at 10 o’clock in St. John the Evangelist Catholic Church where funeral mass will be celebrated at 11 o’clock. Interment with Rite of Committal will follow in Holy Cross Cemetery. Lastly we would like to thank Copper Ridge for providing dad with great care over the last few years. Memorials may be sent to the Paulette Miller Memorial Scholarship c/o Montana Tech , Montana Technological University, Attention-Science Fair HSB 203, 1300 W. Park St. Butte, MT 59701 or The Frank Mischkot Memorial scholarship c/o Butte High School. Express condolences at www.wayrynen-richards.com.

The family of Paul Roger Miller created this Life Tributes page to make it easy to share your memories.