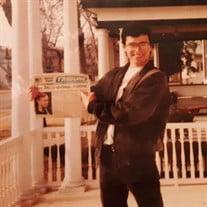 Robert Eugene "Bob" Hoffman Jr. Passed away November 3rd in St James Healthcare following a house fire, may he rest in peace. Bob, my dad, was born in Casper, Wyoming on September 6th, 1962 to Robert E Hoffman and Barbara (Brown) Hoffman. Bob attended Butte schools and later learned the trade of sales. He could sell you just about anything with his quick wit and professional personality and the love he had for people. Our dad met our mom Marcia Maddux and had us three children, Kayla Hoffman, Zach Hoffman, Madison Hoffman. Dad loved all of us with all of his heart, you could see us riding bikes, fishing, gardening, and always just spending time with each other. I know that all who ran into Bob would leave with either a smile or laughing. Our dad leaves behind not only his children but his grandchildren of his oldest daughter Kayla, Isabella, Victoria, and Grandson Isaiah. Bob also leaves behind his sister Kelley Hoffman, his brother Patrick O'Connor and his children, his niece Cynthia Kirk and her children, cousin Ryan Hanson, cousin Ben Johnson, cousin Corrina Engbretson, cousin Jesse Brown, cousin Leanne Brown. Our dad is preceded in death with his parents, his grandparents Ernest and Thelma Hoffman, cousin George Johnson, cousin David Hanson, cousin Sonja Johnson. Cremation has taken place. A celebration of life will be planned in Spring of 2021 please contact immediate family for details.

The family of Robert Eugene Hoffman Jr. created this Life Tributes page to make it easy to share your memories.

Send flowers to the Hoffman family.