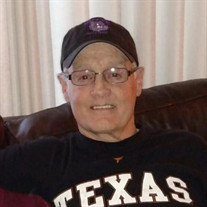 Tony Bill Cleverly passed away Friday morning in a local hospital. He was born in Butte on Tuesday, January 13, 1942 to Charles E. and Flossie (Jones) Cleverly. He attended Butte schools as well as Texas A & I in Corpus Christi and Pullman College in Washington. He and Francie Davis were married on August 10, 1968 in Coeur D'Alene, Idaho and together they had five children. Tony worked in the Relay Department of the Montana Power Company, retiring the first time in 2000. He returned to that job, working through Trademark Electric, from 2005 until 2012. Tony was the epitome of a "family man". He was completely devoted to and shared unconditional love with his wife, children and grandchildren. Tony was there for every activity and you always knew his presence by his unmistakable whistle. He was a wonderful and attentive brother, patient with everyone, and was best friends with his son Eric. Tony served on the board of directors for BSW and was very involved in Special Olympics. He chaperoned many Special Olympic events and shared his love for sports with his family. He was a fan of many teams but was a big supporter of Butte High School and the University of Montana "Griz", holding season tickets for many years. Tony is survived by the love of his life, Francie Cleverly of Butte; sons and daughter-in-law, Sean and Shelly Cleverly and Eric Jason Cleverly all of Butte; daughters and sons-in-law, Dawn and Steve Honer of Butte, Cari and Chuck Carmichael of Lakeside, MT, and Tawna and Pat Thomas of Butte. Grandchildren include: Emily and Scott, Allyson, Anthony and Hailey, Joshua, Myranda, David, Jeriah, Jessica and Grant, and Conner and Amanda. Great-grandchildren include: Reid, Kaylee, Memphis and Bryson. Also surviving are his brothers and sisters and their spouses, Jessie and Myrle Cleverly, Martha Fraizer, Garland and Lolly Ash, Audrey and Richard Fraizer; sisters-in-law and brothers-in-law, Linda Quakenbush, Vera and Steve Winn, Norma Harris, Harold Davis and Wilford Davis. Other survivors include numerous nieces and nephews and countless dear friends. In lieu of flowers, please consider a donation in Tony’s memory to the Montana Special Olympics.

Tony Bill Cleverly passed away Friday morning in a local hospital. He was born in Butte on Tuesday, January 13, 1942 to Charles E. and Flossie (Jones) Cleverly. He attended Butte schools as well as Texas A & I in Corpus Christi and Pullman... View Obituary & Service Information

The family of Tony B. Cleverly created this Life Tributes page to make it easy to share your memories.

Send flowers to the Cleverly family.