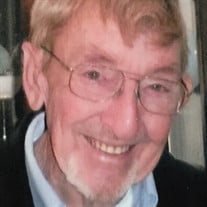 On October 27, 2015 our sweet father, Walter Farren passed away from a long battle with prostate Cancer. Our family gathered to ease his journey from this world and he died hearing a chorus of I love you from each of us. His grandchildren spent many hours with him, taking care of his physical need, laughing and sharing memories to lift his spiritual ones. My sister and I are so proud of these amazing people, their love for their grandfather is tangible and is a gift we treasure. Our dad was a man of many talents. He taught himself to draw, paint and play the guitar. He built beautifully detailed radio controlled airplanes and enjoyed the friends he met when he became a member of the Butte Plane Nutz. They became a tight knit group, having coffee together almost every morning at Arby’s. If wealth was measured by the number of friends one has then he was a very rich man. He was an accomplished sharp shooter and spent many hours at the Butte Gun Club. He also shot black powder rifles and participated in rendezvous. He learned to sew and create period clothing to wear to the shoots using old furs he would get from second hand stores. He made beautiful bead work that adorns some of his regalia. His retirement from working 35 plus years as a pressman for the Montana Standard was not spent idled. He first filled his day in the company of our mom. She passed away much too soon and he was forced to find another path without her. He missed her deeply and it is a blessing to think of them together after 23 years of separation. Our dad was a Navy veteran; he served in the Korean War aboard a rocket launching ship. His ship saw action which led him to develop a keen interest in most things military. He was always a history buff, especially when it came to Montana history. He had a deep respect for Native American culture and was extremely knowledgeable regarding the early west era. He also spent many hours learning about World War II and the types of aircraft used during the war. Most likely he persuaded God to trade his angel wings for Pilot ones. Our dad was preceded in death by his parents: Anna and Phillip Farren, his brother and sister-in-law: Phil and Steph Farren, his wife, Barbara Farren, son, Rod Farren, son-in-law, Alan Liebel and grandson, Eric Tierney. He is survived by his daughters: Lee Ann and Tim Tierney, and Dana Liebel, his grandchildren; Sharmin Farren, Chris and Ashley Tierney, Kyler Tierney, Carey and Craig Moline, Michaela, Tayler and John Liebel; great-grandchildren: Joe and Peggy Farren, Dane Rustad and Karsyn Tierney, great-great-grandson, Liam Rustad, nephews Manus and Judy Farren, Chris and Faye Farren, Dan and Patti Farren, Bob and Mary Lou Farren and niece Phyllis and Bill Christiaens as well as numerous great nieces and nephews and many dear friends. In lieu of flowers, memorials may be made to the Butte Gun Club or the Humane Society.

On October 27, 2015 our sweet father, Walter Farren passed away from a long battle with prostate Cancer. Our family gathered to ease his journey from this world and he died hearing a chorus of I love you from each of us. His grandchildren... View Obituary & Service Information

The family of Mr. Walter J. Farren created this Life Tributes page to make it easy to share your memories.

Send flowers to the Farren family.